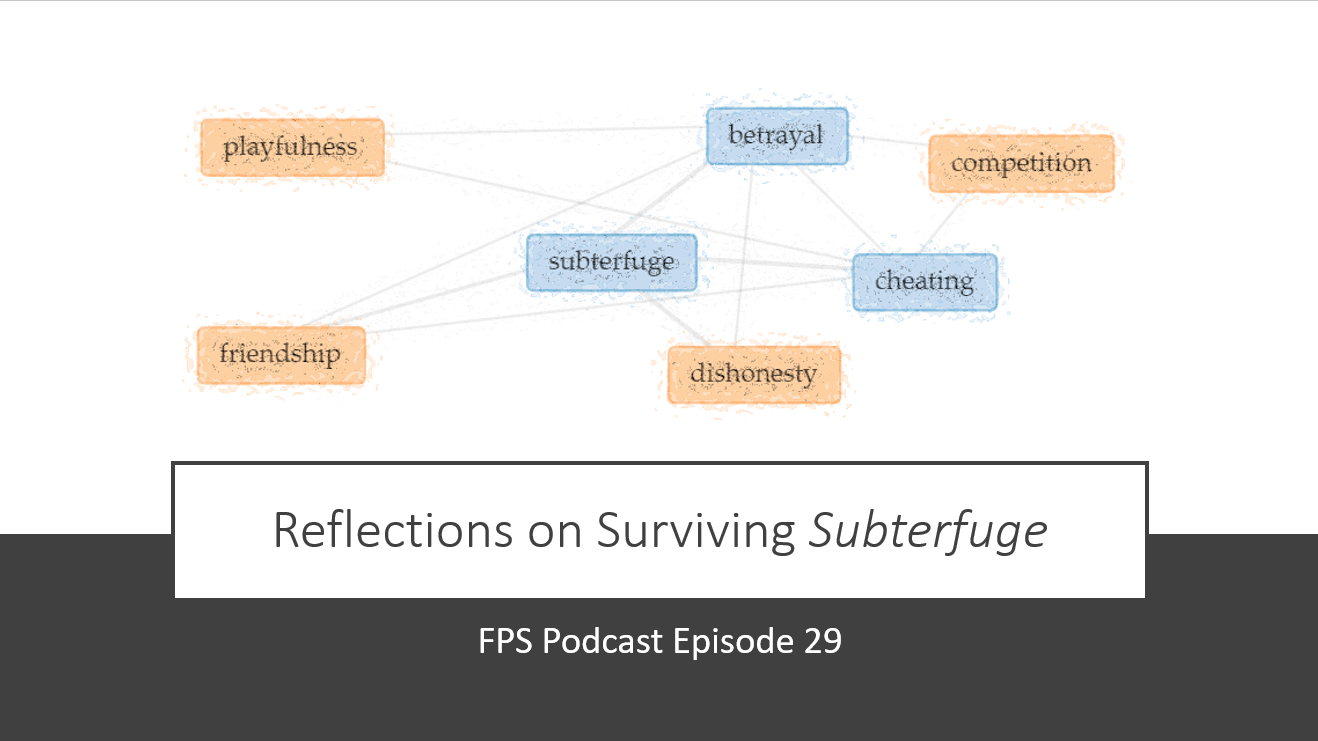 Jason Lajoie is a PhD candidate in English Language and Literature at the University of Waterloo. His work explores how gay identities are constructed and negotiated through media and technology, particularly in domains like online gaming and social media. He is Podcast Producer for First Person Scholar.

In this month’s podcast, the FPS crew reflect on their week-long, 10-person international game of Subterfuge–an online, real-time strategy mobile game. Players in Subterfuge control an empire of submersible units to build mines and dominate the territory. During the week, alliances were forged, rivalries formed and relationships were put to the test both in the game and beyond.

Will FPS ever be the same?

Probably, but the experience nonetheless caused the participants to consider the porous nature of the magic circle. How can we navigate the rhetoric of games that reward betrayal, dishonesty and colonial domination, all of which run contrary to our own principles? To what extent do we perform ourselves in the games that we play? How can we be ethical actors while still engaging in a spirit of play?

At a more intimate level, the big question on everyone’s mind was whether it was permissible to discuss the game outside of the game. For some, the answer was an obvious “how could you not?”, particularly when the game spans so much time and involves so many friends on smartphones. The question was even extended beyond the confines of the social circle. For when it comes to games played on devices that readily permit telecommunications across multiple platforms (i.e. smartphones), is it really cheating to use a communication channel external to the game itself, or is it simply strategic metagaming?

If nothing else, the match was an interesting social experiment, and this month’s podcast offers a post-mortem of the experience.

A video of the game from Rob’s perspective:

Articles and links referenced in the show