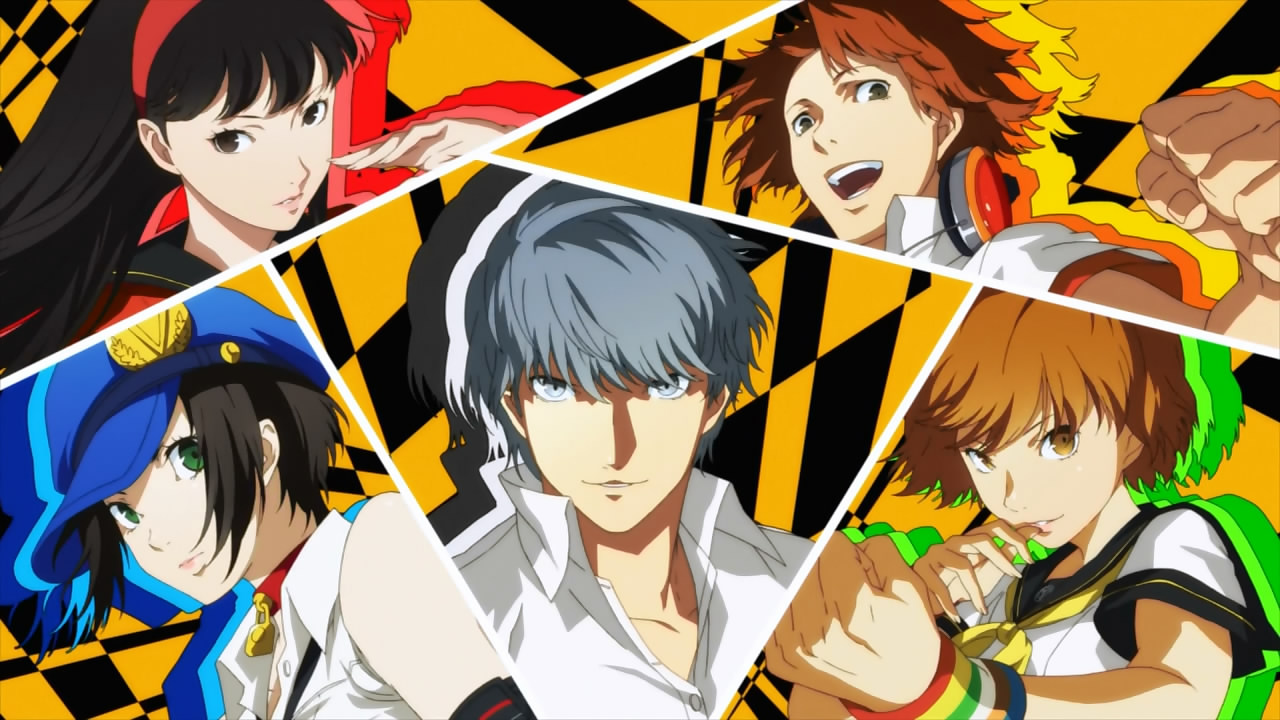 Jenny Saucerman is an instructional designer who creates educational games and simulations. She was awarded one of Xbox’s Women in Gaming awards at the 2015 Game Developers Conference. She holds a master’s degree in educational psychology from the University of Wisconsin-Madison.

It’s hard to know what exactly you should do the hour after you’ve been diagnosed with kidney cancer. I was in that awkward time between the shock and terror of receiving the initial diagnosis and reaching out to my friends and family for support; it was still too soon for me to tell anyone about it. Once my dad and I got into the car and started the long journey back to his house through the city, I stared outside at all the people going about their lives, perhaps walking from one class to another or running a little late to lunch, and craved that sort of normalcy. For me, that meant gaming. So I asked my dad to take me to Gamestop.

My surgery was scheduled a month out because the robot that would be assisting the surgeon “was booked.” I thought that was funny. I kept imagining a scheduling robot trying to put my surgery on the calendar and the surgical robot saying “I-HAVE-RESCHEDULED-MY-VACATION-TWICE-ALREADY-DAMNIT-DELAY-SURGERY.” One month may not seem like a long time, but it is an eternity to someone who is dreading a major medical procedure.

One advantage to playing a 100+ hour game is that it takes up a lot of your time, so once I got to Gamestop, I made a beeline for the PS Vita section of the store and picked up a copy of Persona 4: Golden. At this point I knew I needed to be with my friends, both the real, living flesh and blood ones whom I love deeply, but also my fictional friends, the ones who could be there for me at 3AM when I’m too anxious about my impending surgery to sleep. I bought Persona 4: Golden that day even though (alternatively, because) I had played through Persona 4 twice. I figured that mix of newness and familiarity would keep me as calm as I could be before major surgery.

I popped the cartridge into my Vita and was greeted with a cheery, rainbow-colored introductory video featuring my favorite Scooby Doo-esque gang of friends. I smiled. This is what I needed.

Persona 4: Reach Out to the Truth

Persona 4: Golden is a visual novel/JRPG about a group of high school students attempting to solve the supernatural murders occurring in their small, rural town in Japan. The primary theme of the game is facing the truth. There are many lies and mysteries surrounding the murders, so the characters in the game wear glasses to filter out that fog. Pursuing the truth is honorable, but that doesn’t make it easy.

The first time I played Persona 4, I don’t think I fully appreciated how hard it can be to accept the truth. My form of kidney cancer is odd in that doctors can only test and verify with certainty that the tumor is cancerous after the surgery: they typically don’t do a biopsy because it’s very painful, and the tumor needs to come out regardless of whether it’s cancerous. I was told that there was an 80% chance that my tumor was cancerous. I desperately clung onto that 20% chance that it wasn’t. I didn’t tell many people about my cancer because, frankly, I was ashamed of it. I thought it made me look weak to tell people that I “maybe have cancer.” I didn’t want to seem like an attention seeker or like I was blowing things out of proportion.

But even a chance of having a cancer is a big deal, and so is major surgery. Most of my friends didn’t know what was going on until I had a panic attack and wrote what was going on in a response to someone else’s status. Some of my friends reached out to me as they were very concerned, and only then did I tell people what was happening. This was a mistake: like the Persona 4: Golden characters, I had an awful truth I had to face. I didn’t want to see myself as a cancer patient. But I was, and I needed to accept that truth and the support of my friends. I saw the way the characters embraced the darker side of themselves and were still loved by their friends. This encouraged me to be more honest with myself and others, and people were so kind to me in response that I regretted not accepting the truth sooner.

I had the surgery, and my oncologist confirmed that my tumor was cancerous. I have a very low tolerance for medication, so my recovery was particularly difficult. The first thing I did upon waking up from surgery was vomit. That continued essentially for an entire week. I had to relearn how to do things like use the bathroom or walk. A sneeze could send me into agony because of my stitches. Every minute felt like an hour when I was in the hospital, and I was very glad when I felt well enough to be discharged.

But as my body healed, my heart did not. Depression slowly seeped its way into me. I didn’t understand how I could go from being a healthy 23 year old to being a cancer patient. I couldn’t comprehend that my body had secretly betrayed me by growing a tumor in my kidney. I started questioning why I was alive at all. Why did I choose to live when life is so painful? One night I was so overwhelmed with sadness that I crumpled onto the kitchen floor and wept. This confused some people in my life. It’s over now. You’re healthy. Why are you dwelling on it?

I didn’t know how to talk to people about my existential angst or my intense fear of death after my brush with mortality. This wasn’t anybody’s fault: most people in their early 20s haven’t had health crises like mine or had to seriously consider choosing life over death. I talked to a therapist, but he said that most people simply don’t think about it and so don’t worry about it, and I didn’t find that helpful. I thought about talking to a philosopher to delve more deeply into the meaning of life, but it seemed to be too personal of a subject for a good academic discussion. I remembered that the tagline of Persona 3 was memento mori (“remember your death”) and decided to download it to my Vita as an outlet for my contemplation of life and death.

Persona 3: Portable is a PSP remake of the PS2 Persona 3 game. Persona 3 came out near the end of the 2000s’ emo phase, so it fit my mood well. The main theme of the game is death. How do we cope when the people we love die? How do we accept our own eventual demises? Why fight an inevitable death? This theme is readily apparent from the get go when the main character becomes surrounded by coffins. The characters use “evokers” that look like guns and point them to their heads to summon their Personas. At the end of the game, the main character needs to decide whether she would rather forget about the planet’s impending death and die blissfully or would prefer to fight death itself.

Although the theme of death permeates the entire game, one character stood out to me in particular. One of the characters you can befriend in the game is Akinari Kamiki, a young man dying from a terminal illness. During the course of your relationship with him, he struggles with feeling alienated from healthy people and coping with the meaninglessness of his life. But as you become closer with him, he begins to understand the value you see in his life. The last time you hang out with him, he concludes that:

The meaning of my life is not something I should worry about. It’s really what others think of my life or what I was able to do for them. So… for me, or you, or anyone… the meaning of our lives is something that we make but don’t see. People can’t survive without help from others. …We all depend on one another.

I hadn’t considered this perspective. I was so busy trying to find the meaning of my own life that I had forgotten the importance that my life has for others. My life has meaning not because I assign some sort of meaning to it, but because the people I love need me. I had been telling people that I would never go through surgery again and was angry when they said they would need me to, but this was short sighted of me. I wasn’t seeing the meaning I was making for their lives or considering the impact it would have on them. I can’t claim that Persona 3: Portable cured my depression—time and medication helped with that—but it changed my perspective on what I thought was the meaninglessness of my life.

I wish this essay ended here, but it doesn’t. Persona 5 was released in the US in April 2017, and I was diagnosed with recurrent kidney cancer a week later. I had just moved in with my (now) husband a month ago. I didn’t understand how life could go from being so good to being so terribly bad. My anxiety this time was much worse because I knew what to expect and was thankful that my surgery was scheduled only a few days after my diagnosis. I had a panic attack right before they put me under. I didn’t vomit immediately upon waking up, but my symptoms after discharge were so severe that I had to go to the emergency room.

Once I was well enough to stay awake for a few hours during the day, I tried to play Persona 5. I could play it for short periods of time. It was hard to at first: nothing goes well for the main character at the beginning of the story, and my heart was already hurting from my second surgery. The characters in Persona 5 seek freedom from the problems that imprison them. Anxiety imprisoned me for many months after the surgery. I had a lot of nightmares. Sometimes I’d wake up screaming. I was often too tired to function because I couldn’t sleep at night.

I couldn’t face my problems in the sleek, stylish way the characters in Persona 5 do, but over the course of the year, my life mirrored many of the themes I saw in the game. I grew much closer to people who were once strangers to me. I accepted that sometimes it’s best to end relationships that are bad for me even if I’d always had them. Sometimes I need to wake up, get up, get out there and travel the world before it’s too late. And, as before, I need my friends as much as they need me, and that means having the humility to accept their help.

It took me 117 hours to complete Persona 5 over the course of the year. The Persona 5 characters and I are much different people than we were when the game began. We are no longer imprisoned by our fears, and I know that when I face the next great challenge of my life, I will have the courage to face myself with the help of my family and friends.