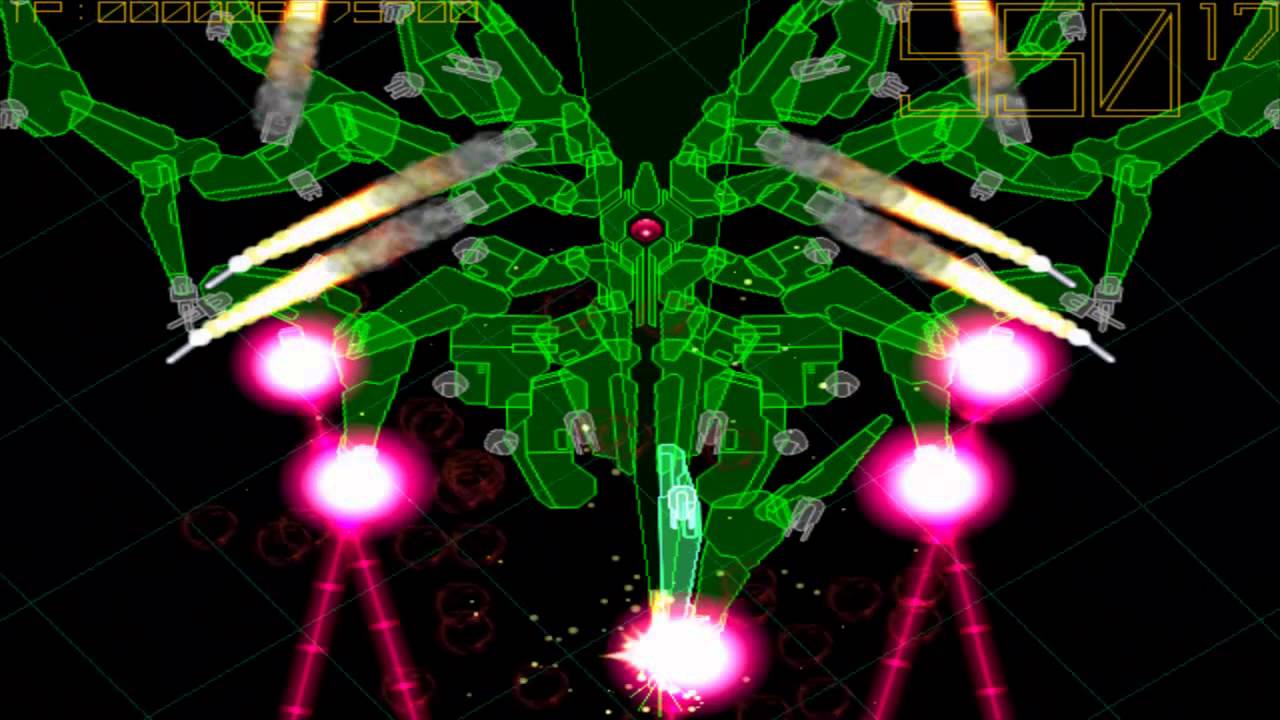 Most danmaku games share certain commonalities: a number of stages, each of which has a boss at the end, and all bullet patterns in danmaku games can be readily broken down into three core archetypes. Firstly, the “fixed” bullet pattern: in this case an enemy spawns, fires a set pattern of bullets (say, a stream at a 135 degree angle and a second stream at a 225 degree angle, if we take the top of the screen to be 0 degrees), and then leaves the play area. The second is the “random” bullet pattern: these are created by enemies who fire a semi-random stream of bullets in a particular direction. The third is the “aimed” bullet pattern: in this final case the bullets fired by an enemy are aimed specifically at the player’s current location (or the enemy fires a wider bullet pattern whose “centre” is aimed at the player), and is therefore different on each playthrough based on the player’s location. Examples of all three (random, fixed, and aimed) can be seen in the diagram below, taken from the danmaku game Score Rush. END_OF_DOCUMENT_TOKEN_TO_BE_REPLACED