When I play Final Fantasy VIII on my own, I’m not going back to play Final Fantasy VIII. I’m using it as a conduit to tap into the memories of that time of my life. It’s a way to feel the feelings I associate with listening in rapt silence to a friend’s reading of the game’s dialogue. It’s a way to remember coming home from school, homework done before the final bell rang at 2:45PM and begging my mom to buy more Cheetos for another late evening of RPGs with the first older person to treat me like my opinions truly mattered. END_OF_DOCUMENT_TOKEN_TO_BE_REPLACED

After Persona 4 received widespread critical acclaim and built a large, passionate fanbase, Persona 5 (P5) became one of the most anticipated games during the many years it was in development. While the game was exceptional by conventional standards for game releases, the general consensus tended to be slightly underwhelming as a follow-up to one of the most critically acclaimed and beloved games of all time. END_OF_DOCUMENT_TOKEN_TO_BE_REPLACED

This month on the First Person Podcast I am joined by Betsy, Rob and Shawn to discuss Final Fantasy 15. We go in depth with our history of the series and what made us so excited for the latest installment.… END_OF_DOCUMENT_TOKEN_TO_BE_REPLACED 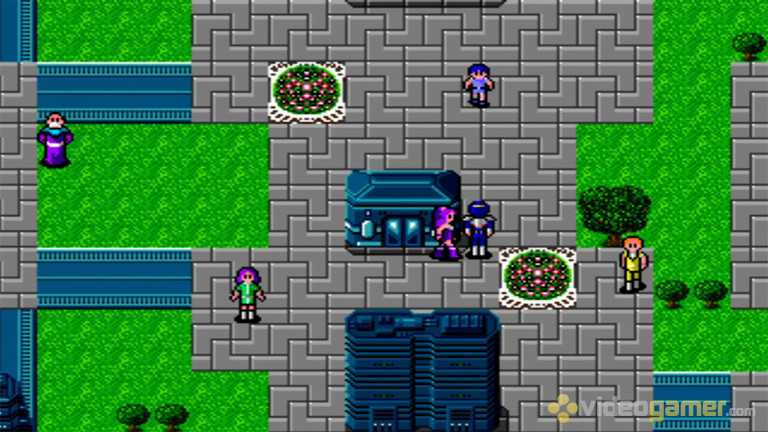 Before Sega retooled the series for MMORPG audiences, Phantasy Star was one of the most prominent JRPG franchises of its time. It had always remained ahead of the pack by experimenting with themes and narrative models years before its rivals could catch up. The first Phantasy Star game featured a slight political dimension to JRPGs seven years before Final Fantasy would do the same. And its sequel only continued that trend. One of the first RPGs for the Genesis, Phantasy Star II strengthened the political themes with a grim narrative and Daedalian dungeon design. END_OF_DOCUMENT_TOKEN_TO_BE_REPLACED