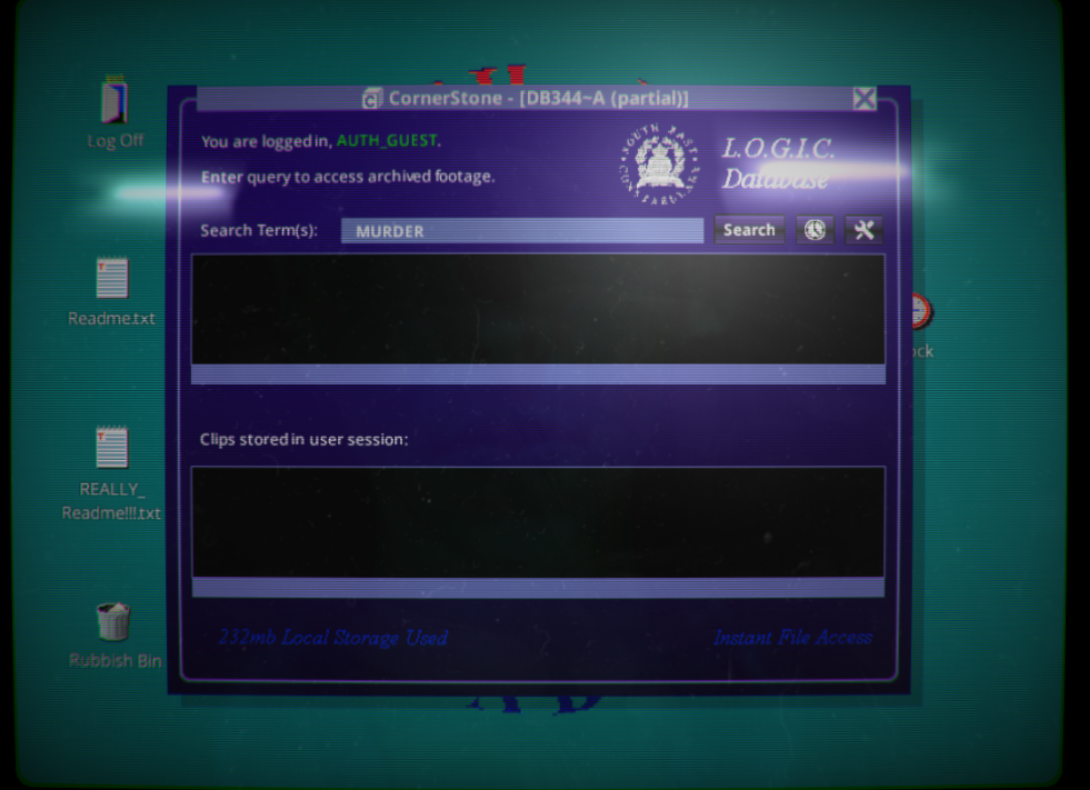 The presence of meaningful choices or, barring that, the illusion of meaningful choices has long been a considered a solid standard for a successful narrative game. Normally, developers do this by creating multiple possibilities for the story to follow, allowing player actions to alter the course of the story. Instead of creating an enormous amount of possible states, Her Story, a story-based game by Sam Barlow, experiments with allowing players instant access to its entire story, provided players use the right search terms. Her Story’s structure, and how it differs from other narrative games, is the key to understanding how Her Story functions as a successful narrative game. To do so, I’ll have to explain the computational concept of the finite state machine, why it is a good model for narrative games, and how Her Story’s state machine differs from those of interactive fiction. Based on Barlow’s personal work in interactive fiction and the genre’s place as the earliest style of narrative video game, I will stick to comparisons between Her Story and interactive fiction (IF). END_OF_DOCUMENT_TOKEN_TO_BE_REPLACED

In June, Sam Barlow (Aisle, Silent Hill: Shattered Memories) released Her Story a game where players search through a database of archival footage from a police interrogation. In his interview with Austin Walker at Giant Bomb, Barlow spent a lot of time talking about how literature and film inspired much of the game’s design – as recovering/sometimes literary and film scholars ourselves, we discuss some of the underpinnings of crime fiction and how they hang together in Her Story while also talking about the game’s relatively unique take on interactivity. We talk at length about the game play, the open ending, and detective games in general. This is a highly unique game that we can’t recommend enough. Have a listen to our thoughts about the game and tell us what you thought about Her Story in the comments! END_OF_DOCUMENT_TOKEN_TO_BE_REPLACED