As a researcher who studies games and their practices, communities, and industries, I am deeply interested in the ways that my own proficiency with games (or lack of) modifies how and what I know about them. To take a pithy example, my years-long experience playing in Guild Wars 2’s PvE scene affords me some insight into the ways that the game has evolved to create some opportunities for incidental collaboration between players while suppressing others. At the same time, my utter incompetence with the game’s PvP play leaves me less capable (and less willing) to investigate it – to ask, for instance, how the Guild Wars 2’s meta has evolved in response to the demands of top competitive guilds. END_OF_DOCUMENT_TOKEN_TO_BE_REPLACED

EA Mobile’s SimCity BuildIt, released for iOS and Android in 2014, is the newest entry in the historic SimCity franchise. With forty million players worldwide, SimCity BuildIt is also the most played SimCity game ever released (Lazarides, 2015). Its expansive international community seems, at first, to procedurally deliver on the promises of free market globalization, achieving an equitable marketplace in which anyone, anywhere can participate. While playing SimCity BuildIt, I have traded goods with players who speak Arabic, French, Japanese, and Russian (though we have never exchanged a word). END_OF_DOCUMENT_TOKEN_TO_BE_REPLACED 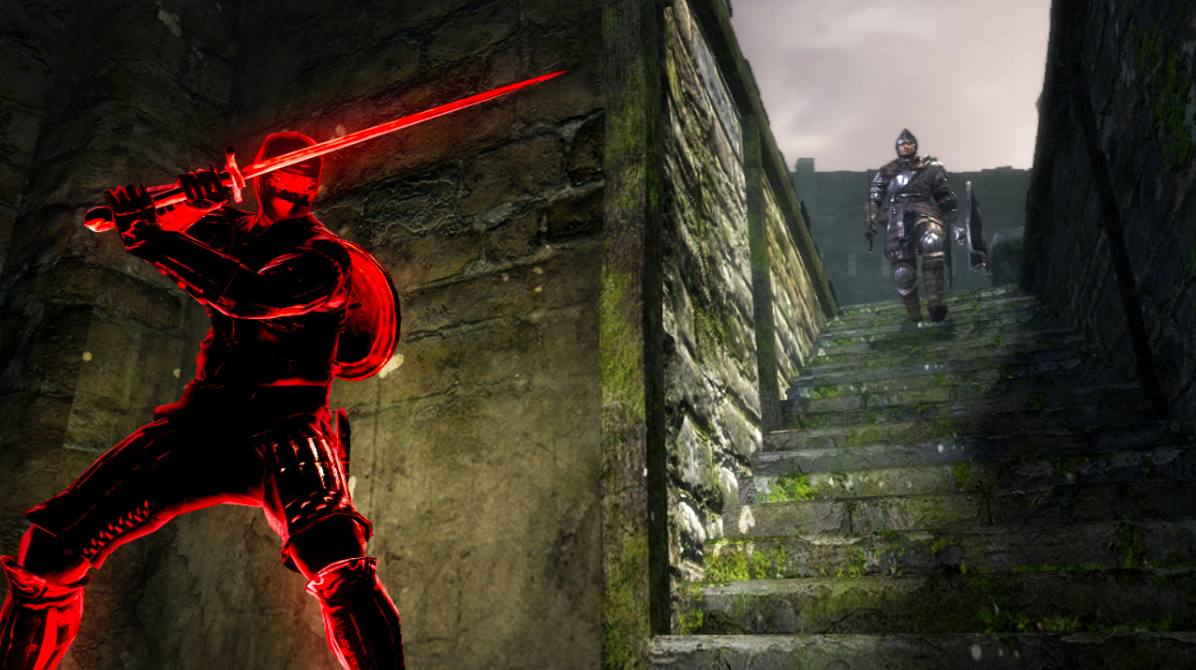 Released in 2011 to near-unanimous critical acclaim, the action role-playing game Dark Souls was hailed by many as a return to old-school gaming principles that eschewed overly-detailed narrative exposition or player tutorials in favor of a trial-and-error design philosophy and strong risk-versus-reward approach to in-game deaths. Many critics praised the game’s ability to cultivate a type of psychological torment (but also potential for satisfaction) via its unforgiving gameplay, as echoed in Keza MacDonald’s original review of the game where she states “Dark Souls’s design is so consistently dark and twisted that it actually starts to encroach on your mental well-being after extended play” (McDonald, 2011). Despite the emphasis on what was seen as a return to older design principles, equal attention was paid to the game’s radically innovative approach to online multiplayer. Unlike many other online role-playing games that operate through persistent shared universes—or, games that create virtual spaces where dozens or even hundreds of individuals can interact with each other in real time—Dark Souls operates primarily through asynchronous, indirect, or highly-restricted player interactions, such as its famous anonymous user-generated notes posted throughout the world. Such a novel approach to online multiplayer was described by Kevin VonOrd as an “unusual and wonderful contradiction” insofar as Dark Souls makes players “feel remarkably alone in this frightening place, yet simultaneously part of a large multiverse where simply playing the game makes you part of a chorus of silent voices urging each other forward” (VonOrd, 2011). In this sense, Dark Souls achieved the almost paradoxical feat of creating a gamespace that is shared by many but individually experienced as a fragmented and desolate landscape. END_OF_DOCUMENT_TOKEN_TO_BE_REPLACED 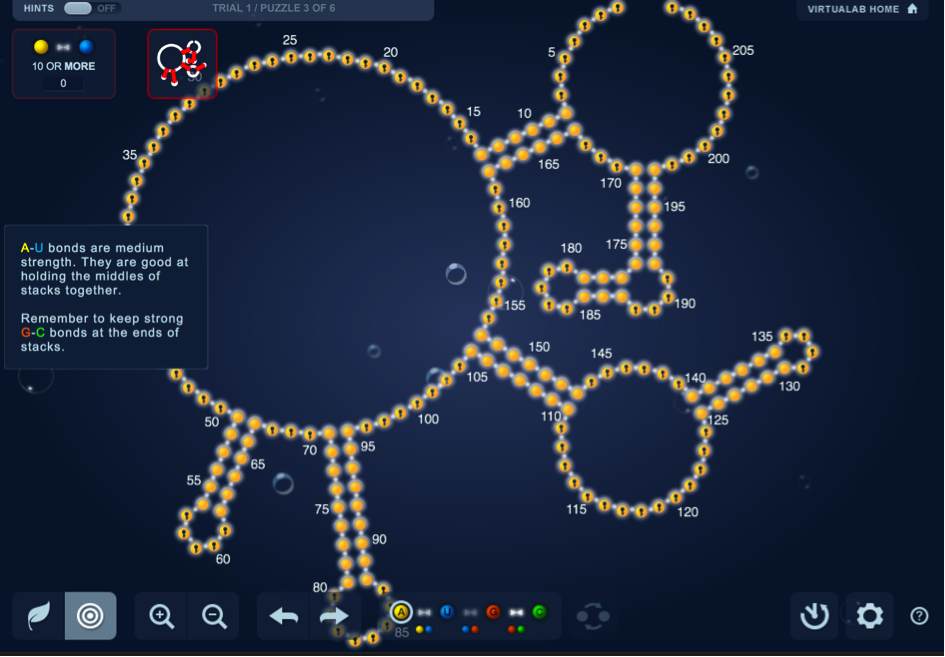 Industrialisation and automatisation were expected to fulfil the human dream of spending fewer hours working allowing us to devote more time to non-labour activities, such as playing. The machine was supposed to relieve us from the drudgery of mundane, repetitive tasks. During the Industrial Revolution, it would serve as an alternative to human muscle and replace our manual labour at assembly lines and in manufacturing. But in the Digital Revolution, the machine would start taking over tasks dependant on our cognition, such as calculating. As Norbert Wiener proclaimed in the early 1950’s, the automatic machine, when used for the benefit of humanity rather than serving profit-oriented goals, could increase our leisure and, as a result, contribute to the enrichment of our spiritual lives (1954, 200). By and large, the automaton could have liberated humans from the need to work. It did not. END_OF_DOCUMENT_TOKEN_TO_BE_REPLACED

This essay builds on this particular area of development in video games and addresses the importance of abstraction in this medium by drawing on the work of Jesper Juul, Alexander Galloway, and others, and thus on the relevance of video games from a game theory perspective. A short qualitative analysis of two video games, Jeppe Carlsen’s 140 (2013) and Starbreeze Studio’s Brothers: A Tale of Two Sons (2013), is included to demonstrate how abstraction can be used in unique and interesting ways and can increase player agency, engagement, and authorship in ways that have not yet been fully tested. The former visually alludes to early video game aesthetics, but also amplifies updated mechanics that allow for more highly developed movement, transformation, and player outcomes specifically through sound. The latter, though more linear in terms of narrative and gameplay, utilizes a key feature of abstraction to heighten a player’s sense of loss and difficulty by disabling a portion of the player’s game control after a major narrative event unfolds. END_OF_DOCUMENT_TOKEN_TO_BE_REPLACED

Expanding state power has clashed repeatedly with the rights of citizens and non-citizens alike since 9/11; the political theories of Giorgio Agamben, specifically his discussion of the figure of the homo sacer and of sovereign exception, have stimulated much discussion on this topic. Underlying debates over the legality of government-sanctioned torture, assassination, and “extraordinary rendition” is a basic contradiction: Is it possible to write laws that allow us to break the law? Or, to put it more generally, is it possible to design a system with a rule that allows an agent within that system to break the rules? These questions can be especially interesting for videogame studies, not only because we can ask them about the representational aspects of contemporary video games that model extra-legal, state-sanctioned violence, but because we can also consider the deeper procedural implications of these issues. A look at the “Spectres” from the Mass Effect series offers a way to do both at once, and, when interpreted via Agamben’s work, the Spectres reveal some of the contradictions inherent in both the representational and allegorithmic aspects of games. END_OF_DOCUMENT_TOKEN_TO_BE_REPLACED

Advocating for videogames can be paradoxical. Often the very features praised for making videogames a unique and powerful medium are assailed as threatening the public good. Take for example the oral arguments in the Supreme Court case Brown vs. Electronic Merchant’s Association from November 2010. The state of California argued for the right to impose tighter restrictions on the sale of violent videogames to minors. Since no such restrictions are placed on violence depicted in other protected media forms like cartoons, rap music, film and even Grimm’s Fairy Tales, much of the debate revolved around why videogames require extra provisions. California Deputy Attorney General Zackery Morazzini explained that it is the “interactive nature of violent [games],” in which the player is “acting out this—this obscene level of violence” that makes gaming “especially harmful to minors.” Then, to support his claim that all content being equal, interactivity makes videogames significantly more influential, Morazzini presented “video clips of game play.” END_OF_DOCUMENT_TOKEN_TO_BE_REPLACED