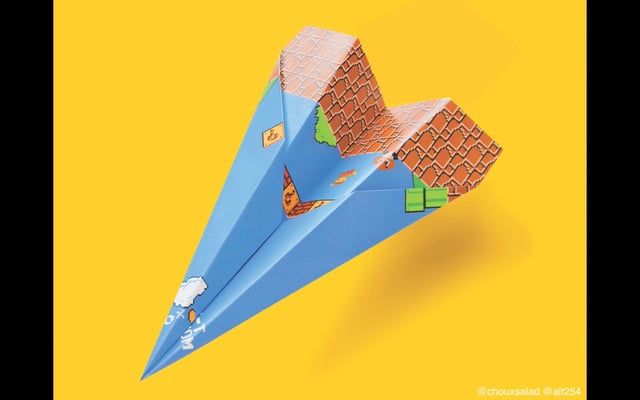 Pierson Browne is a PhD student based out of the University of Waterloo’s Department of Sociology and Legal Studies. His research focuses on metagaming, community formation, information diffusion, game theory, and social network analysis.

“The greatest trick the videogame industry ever pulled was convincing the world that videogames were games in the first place.” – Boluk and LeMieux

As a topic, ‘Metagaming’ is heating up. Generally used as a catchall term used to describe all the ways in which games interface with the contexts in which they are played (Garfield 2000), discussions of metagaming have seeped into a broad range of competitive play communities (Abbott 2016; Masisak 2011). Academics also are learning to pay heed to the role of metagames in shaping communities of play and informing game design practice (Kow, Young, and Tekinbas 2014; Carter and Gibbs 2013; Carter, Gibbs, and Harrop 2012; Donaldson 2016). Nevertheless, discussion on the topic has been, for the most part, scattered, sparse, and balkanized.

Enter Boluk and LeMieux’s book Metagaming: Playing, Competing, Spectating, Cheating, Trading, Making, and Breaking Videogames (2017), which operates as an excellent primer on metagames and metagaming. It also constitutes the most comprehensive rumination on the properties and boundaries of metagaming to date. They approach their eclectic objects of study from a variety of disciplinary perspectives; art historians, semioticians, mobility scholars, political economists, and intersectional feminism scholars will be well-served by Metagaming, as it synthesizes disciplinary literatures with in-depth games scholarship in an approachable way.

Throughout their compendious volume, Boluk and LeMeiux advance two primary arguments. First, they make the case that metagames are implicit in a broad range of practices and phenomena which surround game culture (and the production thereof): metagaming encompasses everything which occurs “about, within, around, and even without videogames” (2017, 68). They contend that Metagames are the true focus of play, and that games are simply tools or platforms used for the creation of metagames.

Their second core contention builds on the first by claiming that the broad play possibilities metagames enable remain constrained by a widespread and largely unrecognized adherence to a default metagame:

The standard metagame continues to obfuscate all manner of practical play, conflating voluntary choice with involuntary mechanics. As a result, twiddling dual thumbsticks with two thumbs; viewing the display straight on from a certain distance; and even progressing in the game by scrolling left to right, accumulating points, unlocking content, and reaching the credits are voluntary choices but have become tacitly understood as the ‘normal’ or ‘correct’ way to play. (2017, 280–81)

The book’s stated purpose is to peel back the standard metagame’s veneer to reveal the depth and richness of other metagame practices that have, to date, largely been ignored.

As would be expected with any first foray into an egregiously understudied topic, Boluk and Lemieux’s work is held back by conceptual problems. Both problems I highlight in this review have to do with the scope of their study: the first concerns the artificial fissure they open up between digital and non-digital forms of play, and the second stems from the radically inclusive definition of  metagaming they employ, which jeopardizes the term’s analytical utility.

Metagaming excuses itself from dealing with analog games. Boluk and LeMeiux’s standard metagame is inapplicable to non-digital games; it’s difficult, for instance, to consider “twiddling dual thumbsticks” as the default mode of play for a group of dedicated board gamers. At a time when the logics and domains of analog gaming and digital play are increasingly bleeding into one another (See: Gwent, CD Projekt Red 2018; Hearthstone, Blizzard p 2014), it seems odd not to account for both. Boluk and LeMieux may have scoped their work so as to allow them to make bold claims about how contemporary play is increasingly privatized and influenced by processing speed, graphical fidelity, and the limits of human perception (none of which are neatly applicable to analog play). Such claims are central to their second and third chapters, both of which ruminate on different ways of viewing what has become an overwhelmingly visual medium. The former is about the games industry’s zealous pursuit of ever-greater graphical verisimilitude, as well as anamorphosis, or games which operate by “perturbing assumptions about vision in order to decorrelate body and code” (2017, 84). The latter explores how games represent and deploy disability, as well as how disabled (and, specifically, blind) gamers approach the daunting task of playing games that weren’t designed to interface with their bodies.

The distinction between digital and analog games, for Boluk and LeMeiux, dwells in the separability or synonymy of rules and mechanics. An analog game requires participants to mutually agree to voluntarily assumed restrictions—a ludic contract of sorts—without which, the game cannot function as intended. For Boluk and LeMeiux, videogames differ from analog games in that they neither require nor allow such voluntary deference to their rules systems. Defying the rules of a videogame isn’t cheating, because videogame rules and mechanics are synonymous; circumventing or altering any rule fundamentally alters the videogame being played. If one thinks they’re cheating at Super Mario World, Boluk and LeMeiux would say that they’re no longer playing Super Mario World, but rather a different game altogether.

Boluk and LeMieux’s distinction between analog and digital play might be ontologically sound, but it breaks down when considering real-world scenarios. By their logic, the game-breaking bug that was recently discovered in Blizzard Entertainment’s Overwatch (Blizzard Entertainment 2016) constituted an intrinsic part game’s internal logic, despite the fact it could be used to crash servers and ruin the game for other players. For obvious reasons, this was a deeply unsatisfactory state of affairs for both Blizzard and the people playing their game (JackD 2016): when the bug was found to be more complicated than initially thought, and thus not immediately fixable, Blizzard responded by posting (and making good on) a threat to ban any player caught exploiting the bug (Johnson 2016). Regardless of whether using this bug constituted cheating vis-à-vis Overwatch the game, Blizzard felt it was undeniably the case that using the bug constituted cheating vis-à-vis other Overwatch players; they responded by changing Overwatch to conform to what the metagame expected and required of it.

For Boluk and LeMieux, the distinction between digital and non-digital occupies an awkward place in their work: if games mainly serve as platforms for making metagames, it’s difficult to see how cheating in Magic: The Gathering (Garfield 1993), an analog card game, is meaningfully different from cheating in a game of competitive Overwatch. For example, there isn’t anything in Overwatch’s mechanics/rules which discourages or disbars players from peeking at an opponent’s screen to gain a tactical advantage. Nevertheless, in competitive play scenarios, great pains are taken to ensure that no such peeking—which would be seen as an act of metagame-ruining cheating—can take place. In order to make Overwatch a playable and spectatorial competitive sport, participants must still mutually agree to voluntary limitations as a precondition of play.

While Boluk and LeMieux’s book makes bold claims about the nature of play in general, it does not adequately explain why their discussion applies to digital games without also implicating analog play. Regardless of whether digital games, once mechanically altered, become entirely different games, the mutual metagames built around said digital games are impacted nonetheless. Taken together, I contend that regardless of whether or not it is ontologically possible to cheat whilst playing videogames, it is possible to cheat, disrupt, or destroy the metagames which emerge from our engagement with videogames and are the primary focus of play. Participating in a videogame-based metagame often requires assuming voluntary limitations that don’t differ significantly from those assumed whilst playing analog games.

Would a meta by any other game smell as sweet?

After reading Metagaming, one is left with the sense that Boluk and LeMieux’s core aim is to propose metagames as a concept capable of concatenating a broad range of game-related phenomena, allowing them to be studied under a unified lens. While most of their uses for the term are consistent with extant emic uses, some of the phenomena or practices to which Boluk and LeMieux apply the ‘metagame’ label might leave readers wondering where the line that separates metagame from not-metagame can be found. For instance, the fifth chapter explores Valve Corporation’s subsumption of play, spectatorship, and creativity for economic benefit, and cast this process of exploitation as a metagame. The sixth and final chapter primarily covers sexism-as-metagame through the figure of the ‘Feminist Spoilsport.’ While reading, I often found myself asking: what analytic purchase is afforded by identifying this particular phenomenon as a metagame? The value of doing so was not always immediately clear.

Boluk and LeMieux’s discussion of metagaming left me wondering what the stakes of metagaming were: why is metagaming important, and to whom? It is well known (Juul 2014, 2015) that indie games such as Johnathan Blow’s Braid (2008) operate by playing with homages to canonical classics such as Super Mario Bros . We could certainly describe this as a metagame, but where does this get us? What does the term ‘metagaming’ do for practices such as these which can be accounted for by well-established concepts such as ‘bricolage,’ ‘montage,’ and ‘homage’ (Giroux 2000; Deuze 2006b, 2006a)?

The same goes for other ways Boluk and LeMieux deploy the term: in their chapter on the DOTA 2 metagame, they argue that Caucasian spectators’ racist attitudes towards the Chinese teams at ‘The International 2’ tournament constituted a metagame. They also apply the label wholesale to Gabe Newell’s exploitation of player attention and creativity for profit, the sexist abuse hurled at Anita Sarkeesian for her poignant critiques of discriminatory tropes in video games, and the racist history behind the design of Master Hand’s glove in Super Smash Brothers Melee. Without a doubt, discrimination, oppression, and exploitation are of dire consequence and deserve our attention. That said, critical race theorists (Ahmed 2000), intersectional feminists (Crenshaw 1991), and political economists (Hardt and Negri 2001) have developed finely-honed lexicons for analyzing these dynamics—lexicons that have been used to critique cultures of game production, marketing, and play (Leonard 2003; Sisler 2009; Taylor 2012; Dyer-Witheford and Peuter 2009). It’s not clear how identifying the aforementioned dynamics as metagames adds to ongoing critical discussions on these topics.

There’s an elision which runs throughout Boluk and LeMieux’s book: humans, it would seem, enjoy coming up with new ideas, being exposed to new ideas, watching information develop and flow, experiencing how complex systems exhibit emergent properties and produce unexpected outcomes (Ryan and Deci 2000). At several points in the text, Boluk and LeMieux seem to hint at this but avoid discussing it explicitly. Other scholars have begun to explore these phenomena; for instance, Kow et. al.’s (2014) ethnographic study of the competitive Starcraft 2 community elected to focus on the interactional, co-creative, didactic, and exploratory aspects of metagaming. They claim that “the metagame captivates players and constructs a shared purpose of jointly discovering deeply rooted game mechanics, in sharing their thoughts, and in learning from each other” (2014, 6). It seems odd that Boluk and Lemeiux would avoid considering these shared bodies of ludic knowledge, as they stands as one of the few areas where ‘metagaming,’ as a term, is poised to make a significant and novel contribution to our understanding of contemporary play culture.

All in all, Boluk and LeMieux’s Metagaming provides an excellent account of some little-known or wholly unexplored practices which surround contemporary cultures of play. If anything, Metagaming’s elisions only highlight how much more work with and around metagames remains to be done. Boluk and LeMieux have provided us with a glut of raw conceptual materials; it now falls to game (or metagame?) scholars to sort, refine, test, measure, and challenge the metagames which have emerged as indispensable to the contemporary playing public.

Garfield, Richard. 1993. “Magic: The Gathering.” Wizards of the Coast.

———. 2000. “Metagames.” In Horsemen of the Apocalypse: Essays on Roleplaying. London: Jolly Roger Games.