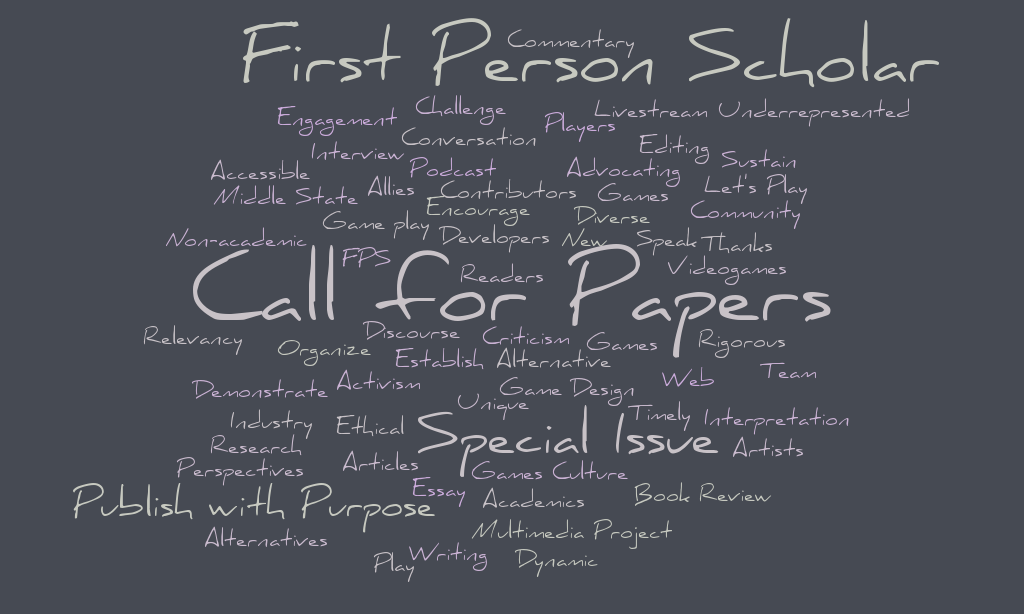 “We are trying to get people back to the right timescale, so that they can understand how they are connected to what is to come . . . Standing on our mountain of connections, our foundation of history and stories and love, we can see both where the path behind us has come from and where the path ahead leads.”

This call takes up threads of Indigenous Futurisms and Video Games Studies to weave a fiber-optic cable of survivance – (re)coding sovereignty into flowing non-binary streams of Indigenous-made video games and experiences.

As Anishinaabe, Métis, and Irish scholar and designer Beth LaPensée notes, Indigenous communities are already in a post-apocalypse, and “doing more than surviving. We’re continuing our traditions in ways that are malleable to the situations we’re in now”(qtd. in Creegan). We ask how these games can shift players to these media landscapes that are, as Loft says, “replete with life and spirit, inclusive of beings, thought, prophecy, and the underlying connectedness of all things that mirrors, memorializes, and points to the structure of Indigenous thought” (xvi). We also ask how they can – from internal and external positionalities – (re)code how we understand games and larger networks of connection and relationality. This call encourages submissions that draw on the work of Indigenous, Aboriginal, First Nations and Métis games developers and scholars alongside Indigenous games and play as ways of reinforcing teachings and relational practices.

Modeling this practice, we use (re) here to connect Mishuana Goeman’s use of the prefix to frame (re-) as a video game portal that opens spaces for alternative understandings of place and relationality to come through. While these relationalities are multidirectional (and multitemporal), they are anchored in specific Indigenous materialities and cultural groundings to articulate processes of traditional and “new” storytelling survivance. Survivance is also a core component of Indigenous Futurisms, as Grace Dillon notes  “[s]urvivance asserts Native presence and pushes back against the assumption that the only historical identity available…is victim” (2). How do Indigenous-created video games imagine beyond settler-colonial boundaries? How do they reorient players and (re)code them to other ways of being? Can we create what Lakota artist and scholar Suzanne Kite calls ways of knowing that “are essential tools for humanity to create relations with the non-human and… are deeply contextual”?

We want to hear from Indigenous designers, scholars, and artists about the ways that languages, gameplay as teaching, and game design as protocol and praxis reorient players and makers to Indigenous ways of knowing, playing, and relating. Let’s resist, recode, and imagine beyond colonialism, together taking up how games (re)code us as players and developers to other ways of being with nonhuman and human kin.

Abstracts should be 150-2oo words in length, due on May 3rd.

Articles may be commentaries, essays, book reviews, interviews, multimedia projects, or other formats. We also welcome original works of art.

Submissions and questions should be directed to Michelle Lee Brown at mbrown74@hawaii.edu

McPherson, T. (2012). “Why are the digital humanities so white?: Thinking the histories of race and computation.” Debates in the Digital Humanities. Ed. Matthew K. Gold. Minneapolis : University of Minnesota Press.