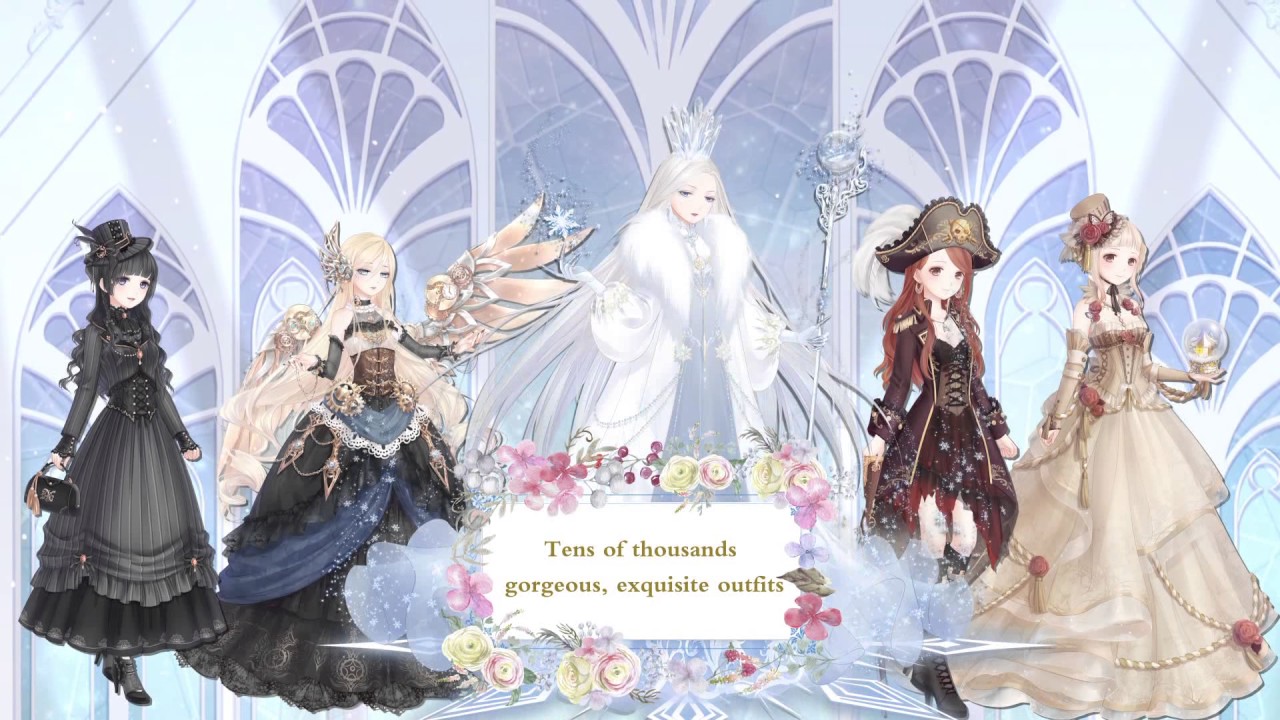 Confession: the subject for this podcast was selected without my having the first clue as to its contents. Before the start of this month I had never heard of Love Nikki-Dress UP Queen (2017), knew almost as little about mobile games (does one go to the Pokemon, or is it that the Pokemon go with you?), and I certainly was unfamiliar with any controversy involving Love Nikki’s procedural dress-up competition mechanics.

Depending on who is asked, Love Nikki is either a thought-provoking mediation of contemporary fashion culture, or an offensive objectification and commodification of the female form. For all of the participants in this week’s podcast, it’s both at the same time, and a blast to play even.

How can these contrarieties agree?

Having listened to our panel this week (Elise, Betsy, Rob and Chris) speak at length about the game, I’ve begun to sense its pleasure subsists in the contradictions involved in play. Love Nikki is also a game in which you play against yourself, against your own impulses to be entertained at a cost–which might be the exchange of real-world currency for in-game tokens, or the capacity to tolerate an imperfect mechanic. In a way, to play Love Nikki Dress Up is to play through contradictions. Is it morally permissible to play a game that might allow players to embody cyber identity tourism–Nakamura’s notion that avatar representation can be problematic when users appropriate the experiences of marginalized or disenfranchised peoples purely for a temporary experience? Is it hypocritical to question the game’s ill-conceived and poorly-executed representation while continuing to both play and financially support its company? Can grinding out a digital wardrobe actually be called fun?

In all cases, the determining variable seems to me the intersection of gamer and mass culture. On the one hand, games enjoy their power and influence because of the singular experiential encounters they can generate, on the other, contemporary culture is conspicuously conscientious about the issues inherent in appropriating the experiences of others. A game can inadvertently model a contemporary sociopolitical issue that the developers probably did not anticipate or apprehend in their design and programming. Should the game change accordingly, or should society adapt to the program? Which is wagging what, the dog or the tail? Should it matter? To a degree it must if these games are to matter to culture at all. In other words, to claim “it’s just a game” is to miss the debate entirely.

The plea of ignorance was a tired defence when the developers of Resident Evil 5 tried it back in 2009 to counter accusations of racism, and it’s inexcusable today when even a cursory glance at the New York Times, BBC world service or, hell, Fox News, would provoke developers to give a second’s pause before committing time, money and resources to the development of any game system. In the case of Capcom, the controversy was all the more amplified by the way the developer’s responses suggested they did not see how the game could be read as offensive. In other words, they could not appreciate, even after it was pointed out to them, that their game might be problematic. After all, how could a game in which players control a white man equipped with an arsenal of advanced weaponry running around exoticized representations of African villages shooting, maiming and exploding waves of randomly generated NPCs representing Africans infected with a deadly virus–and depicted as blatant cultural stereotypes–possibly be problematic? (/s)

Love Nikki‘s design is perhaps not nearly so controversial, and, pending their future responses, the myopia of its developers remains to be seen. Nonetheless, it is unfathomable when developers seem to lack even the most basic cultural understanding of the consumer segment they’re targeting.

Yet, despite these concerns, the game’s massive, continuing success and popularity complicates the necessity for fixes. I think we can all agree that developers should be conscientious of racially and culturally insensitive stereotypes, appropriation and especially defamation, but short of a mass exodus from the game, there’s little financial incentive to do so. (Indeed, that was the typical tenor of explanations provided in the podcast). It makes little business sense to try and fix what few so far claim is actually broken, especially if the overall game itself remains a success.

We appreciate that games require resources, time, patience and careful planning to produce, publish and market. That’s why the podcast panel gave the game slack at the same time as they expressed hope the developers would address the issue. The logistical challenges involved in designing games often tempers the cultural expectations of a game’s final design. Moreover, there’s the host of procedural issues that might arise from any iterations to the game’s core design. Even fixes can sometimes produce unexpected problems.

To model a potential example: consider that in the game, costumes can be bought during special events. Would the potential to purchase an ethnic costume be construed as a positive step or an extended metonym of shadow economies, whereby marginalized players are asked to buy back their own cultural representation (with impetus added by the limited time duration)? Or would it be preferable to have these skins distributed for free–but how then to imbue them with value? A situation like the above demonstrates that even the terminology of game design is problematized by the problematic play of representation Elex is dabbling in. To any of these concerns I can only offer that players are inventive, and always looking for new ways to challenge the limits of the graphical and procedural systems in ways that developers can rarely anticipate or control.

What about the attributes associated with the costume itself? What if a costume is created with Oceanian themes, for instance, and labeled as a rare or legendary item, might such a mechanic be incentivizing the tokenism of these cultures and races? Just in case you thought the most insidious aspects of colonialism were relegated to the past, in this neoliberal dystopia publisher Elex is pushing, not only can you buy the idealized version that you wish to be, that might include the option to buy the culture too (or in some cases, to buy it back). Listening to the podcast conversation this month, I found it troubling to hear how essential categories of self are rendered to the level of fetish goods to better circulate in a political economy of deracinated signs. Our race, gender and identity are rendered into “gaming capital”, a term suggest by Mia Consalvo in Cheating: Gaining Advantage in Video Games (2007) as means of framing the ethical and political concerns game representation can generate (see also Rob Parker’s essay for FPS “Voluntary Constraints”). It’s unfortunate when a game’s rhetoric models larger cultural structures that marginalize and support hegemonic structures, and troubling when it gamifies a neoliberal accumulation of goods.

All of these issues perhaps explain, though do not justify, why few game developers and publishers have sought to confront these issues head on. While there’s no guarantee that the developers won’t nonetheless run the risk of still offending in unexpected ways with whatever changes or omissions (no playable Zelda in BOTW comes immediately to mind), the fact that all the podcast participants were still gleefully anticipating the content haul this Halloween suggests that the quality of gamer mercy is not strained. We get it, games are hard to do, but developers should keep in mind that sometimes their choices make that work hard to appreciate. “Let us change our Nikki’s!” as Rob Parker concludes in the podcast, a plea that functions as a metonymic cry for broader issues in contemporary game culture. The game’s continued popularity and fun despite these issues reinforce how games share a common, cross-cultural language, and so if the problem lies in the content, perhaps the rhetoric of games suggests innovative solutions to how this content could be desirably used.

Works Referenced in the Podcast