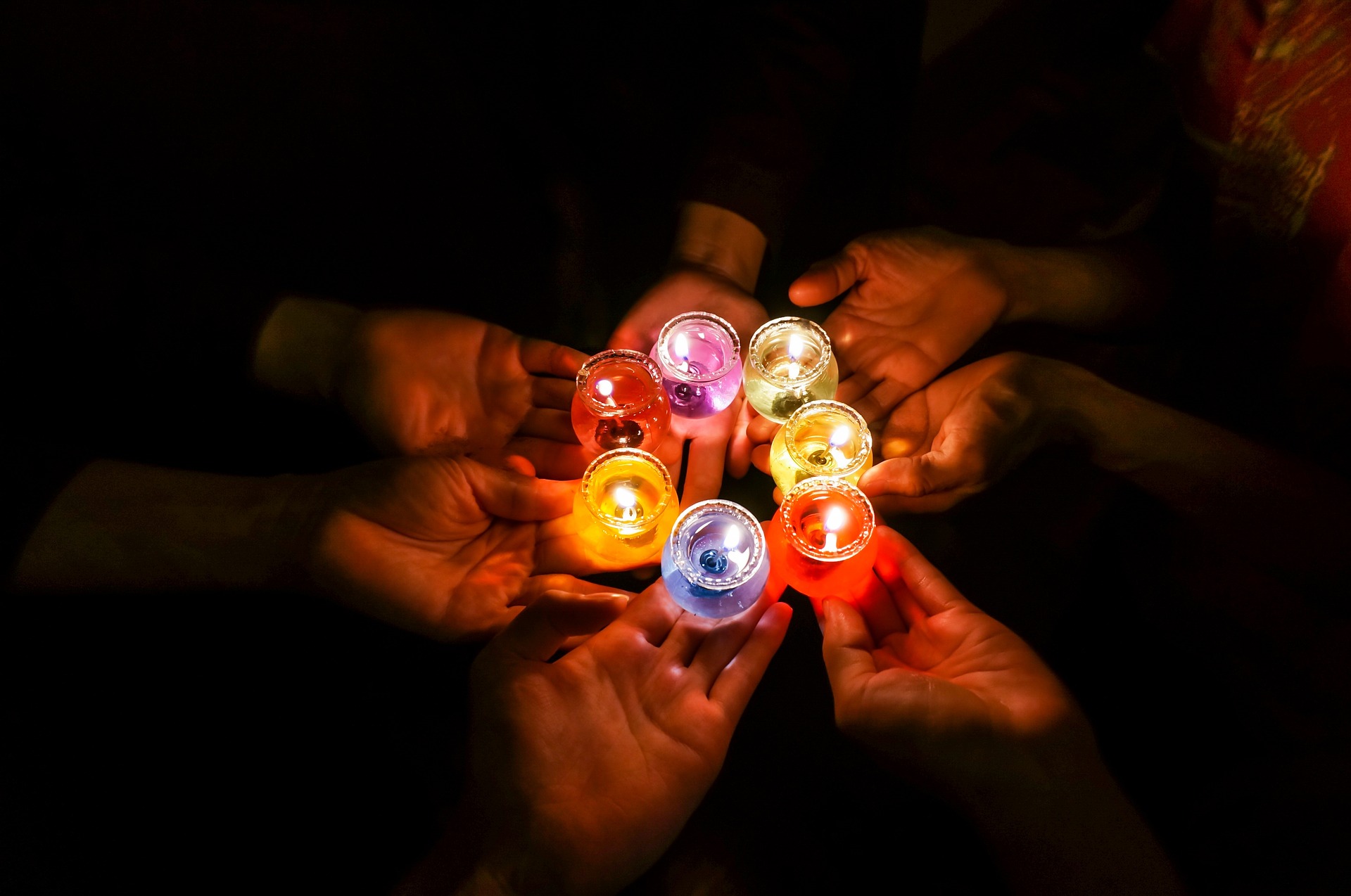 Josh Zimmerman is a Visiting Assistant Professor in the Department of Public and Applied Humanities at the University of Arizona, as well as an instructional design and community engagement consultant for TTG, LLC in Minneapolis, MN. His research interests include developer-fan discourses in the computer game industry, online community building, and the complex relationship between play and work in digital media industries.

In the Reddit forum community for the upcoming Massively Multiplayer Online Roleplaying Game (MMORPG) Pantheon: Rise of the Fallen (Visionary Realms), r/PantheonMMO, there is a curious, but important phenomenon occurring on a nearly daily basis. An example: A thread with the title “First few lvls [levels] slow or fast?” pops up, with the original poster asking questions about the possible state of the game (Chrzion). In this particular thread, the question is “Should first few lvls be like EQ [Everquest] was or perhaps make the first few like 1-4? not terribly difficult so that people can get hooked?” (Chrzion). In this case, the question is about whether Pantheon’s first few levels will be as punishingly hard as they were in the pioneering MMORPG Everquest. The responses to these threads provide answers to the questions, but they are fundamentally speculative. They are an expression of hope for the game, that it will be more like “this” than “that.”

That hope is – currently – all there is to consume for Pantheon: Rise of the Fallen. There are no publicly playable builds, and much of the music, graphics, and even game mechanics remain to be designed. Nonetheless, the developer, Visionary Realms, Inc. has already organized multiple livestreams of material and even had YouTube personalities play and “review” the game – such as it is. These small drips of content then permeate spaces likes r/PantheonMMO, where community members spin out thread after thread analyzing the precious little information they have, speculating about the future, and even producing their own ideas and concepts for the game.

In this piece, I want to (largely) set aside the question of why games like Pantheon release materials so early as the benefits of building community and hype seem obvious. Instead, I want to explore how these communities come to act as content producers, with their primary content being hopeful discourse about the possibilities of the unreleased game. In addition to being the producers of this content, these community members are also the primary consumers of this hopeful discourse and, through this cycle of production and consumption, they provide content for one another to stay engaged with the IP while the game is still in development. I have argued elsewhere that modern computer game development depends on a cycle of secrecy and disclosure (Zimmerman). Through this cycle of expectation building and attendant satisfaction, computer game developers can help build a fanbase and – more importantly – build buzz for their game. This project expands on that earlier work by examining what I’ve come to believe is a key driver of the cycle: the affective and persuasive power of hope.

I attempt to attend to my own positionality as a researcher because I want to undermine what feminist scholar Donna Haraway calls “the God Trick,” where the researcher pretends they “see everything from nowhere” (581). My perspective on this subject is always partial and always already affected by – to name just a few things – my own experiences, my disciplinary training, and my affective attachments. It would be disingenuous (and more than a little theoretically troubling) to pretend that I look at this community from the outside, an objective observer of what they do and what they hope for. In truth, I know about this forum because I occasionally read it. Pantheon has piqued my interest because it is being made by many of the same designers as the original Everquest. I played the original Everquest for two years and its sequel, Everquest 2, for nearly 7 years, and I still harbor a deep affection for Norrath, the setting of both games. Since quitting Everquest 2, I’ve consistently chased the feeling of wonder and, most importantly, community that I felt in those games. And based on the information that has been released, Pantheon shares many aesthetic and mechanical features with those games. Every few weeks, I find myself visiting the Pantheon subreddit, looking for what little scraps of information have been released. Will this be the week that I see what the game really looks like? Will this be the moment where I see that MMORPG promised land I’ve been looking for? The one I remember in what may be, in the words of Truman Capote, “too valentine a view” (Vowell, 219) – or in other words, through the rose-colored glasses of nostalgia? So far, no. And yet, I live in hope.

As Stan van Hooft notes in his book Hope, hope has a number of features that distinguish it “from other wishes:”

Van Hooft’s criteria help to clarify how hopeful sentiments from community members are not just      emotional expressions, but also evidence of the poster’s conception of the relationship between themselves and the development team.

For example, in a thread titled “Enchanter Nukes,” community member Jindoshi posted the following: “I’m asking the devs to please give the enchanter class 2 or 3 decent nukes just so they will be fun to play and wont [sic] be so support heavy.” Jindoshi’s request easily meets Van Hooft’s ten requirements for a hope. It is motivated by a felt need that the Enchanter class operate in a way he feels will make the class more fun, i.e. the wish is for something the poster thinks will be good. Realistically, it is possible. If the developers– who we know read r/PantheonMMO, as they occasionally also post in it  – read his post, then they might take his feedback into account and add new spells to the class in the future. That outcome, however, is not inevitable – Jindoshi can only ask in the hope that their request will be granted.

Not all posts in the forum will meet all the criteria Van Hooft lays out, of course. For example, community member Sparxx_Interface posted a thread titled “Idea: A ‘Reputation Server’.” This poster’s idea – a special server with a highly customized rule set – has many of the features of a hope. It is not, however, particularly realistic that a crowd-funded MMORPG – already years into development and still not into an Alpha build – will be adding a custom server for a niche play style. Sparxx_Interface wishes that their server was available, but that wish is not a true hope by Van Hooft’s standards. At the same time, the post does still reveal how hopefulness defines the relationship between community members and the development team: when the community member speaks, they are not shouting into the darkness but instead speaking to other community members and the Pantheon development team. In sharing their ideas, their hopes, and their wishes, these posters seek to create a web of discourse that will – hopefully – shape the future direction of the game.

The Efficacy of Hope

My argument, however, is not that the discursive spaces for a pre-release game – whether official or unofficial – are just a nice place to post hopeful thoughts, but that they in fact encourage hopeful engagement. To understand why, I turn to a different game also in pre-release, Vampire: The Masquerade – Bloodlines 2 (Hardsuit Labs). In a thread from poster FanEu7, they say “I really hope the writing is great, for me it’s just as (if not more) important as the gameplay.” Notice that this post contains a direct expression of hope. Poster VirenXEdge then responds, “[b]oth [combat and story] are really important. They need to have good combat. However, they need to have a very good, or great atmosphere and writing.”  This response to FanEu7 can be read as less hopeful and, in fact, be considered a doubt or worry – the idea that the game must have multiple high-quality features to be successful. Another community member, MarcusChapmanHere, then responds to VirenXEdge, saying “I can overlook faulty combat, but a terrible story, characters and/or atmosphere? It would be a one and done. I think VTMB2 is going to satisfy both scratches all the way to bone.”  This response can be read as the most clearly hopeful of the examined responses. Returning to van Hooft’s features of hope, we see that MarcusChapmanHere’s response is prompted by an expression of concern from VirenXEdge. It also offers a realistically possible, but not inevitable, vision of the future where the developers of the game can create a compelling, well-made product. This then prompts VirenXEdge to respond in a hopeful way themselves when they say, “The atmosphere is going to be good.” What we see here, then, is VirenXEdge moving from their initial concern into what I might call “hopeful certainty” through their discursive interaction with MarcusChapmanHere. This interaction, in fact, generates that hopeful certainty through the discursive exchange. Just as vitally, it keeps posters like FanEu7, MarcusChapmanHere, and VirenXEdge talking about and engaging with the game even when there is still no game to play.

This community-driven hope production, however, cannot run on its own forever. From time to time, the development team must provide new content that encourages hopeful engagement. For      example, members of the development team of the upcoming MMORPG Crowfall (Artcraft) – often Creative Director J Todd Coleman and Design Director Thomas Blair – post videos in which they answer questions, offer news on development milestones, and provide sneak peeks of new content. What is notable, however, is how often the only content offered is the two men talking. There are occasional teaser images or snippets of gameplay, but the bulk of the new content being shared with the community is conversation. That conversation, however, inevitably results in increased activity in the forum as new videos get their own threads that then spread into further discussions, new questions, and new shared hopes. Those community-created threads then help to sustain and nurture the community during the drought of content before the next release. Obviously, if the developer could offer new content updates every few days, there would be no need for community members to create their own hopeful content. But, as a game like Crowfall can go weeks without substantive, shareable updates, community members do the work themselves.
The end effect of this hope-creation process can be positive for community members as they may feel a part of a group and take real pleasure in the imaginative and hopeful play of the discourse. For developers, however, this process is not just pleasurable but vital. This is particularly true for games      like Pantheon that rely on crowdfunding models such as Kickstarter. For these games, the on-going hopeful discourse and engagement can help attract new funders or investors, increase exposure through social networks, and generate new coverage in games journalism outlets.

The end effect of this analysis is a clearer understanding of how the production and consumption of hopeful discourse acts as community building and sustaining process for fans hungry for information on games that may be months or even years from release. Further, it helps to explain how hopeful discourse structures the relationship between community members and developers as one where community members believe that their desires matter and where they may actually influence the future of the game they are waiting for. In the case of Pantheon, whether that is true is yet to be seen. But there is always hope.