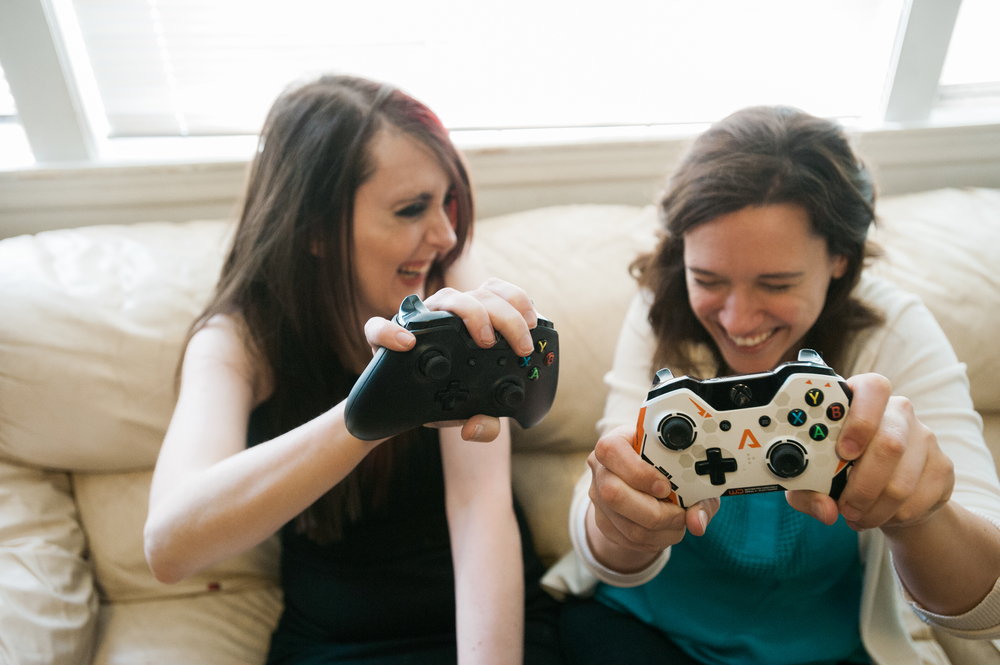 On November 1st and 2nd Brianna Wu visited University of Waterloo as part of the HeforShe campaign to talk with students and professors about women in tech initiatives, Gamergate and feminism in the games industry. I was able to steal her away from her busy itinerary to discuss the role of academic institutions and publishing in the tech world, as well as some of her missions while she is here in Waterloo.

First Person Scholar: You’re here at University of Waterloo, and I don’t want to just make you only talk about UW because you’re only here for a few days but how do academic institutions play a role in what’s happening in the tech industry? Where do you see them fitting in?

Brianna Wu: Well I can speak a bit to the University of Waterloo. I met quite a bit of your women CS students at this point and I see this from the opposite perspective. Right? Like I have many people trying to get a job at my studio. I look at a lot of resumes. Boston, where my studio is located has the highest concentration of colleges in the entire US so you better believe I see a lot of resumes. I am really really impressed by the program that I see here, particularly with the co-op nature of it.  Because a really big problem I see in the games industry is people that have paid $100,000-$150,000 for a degree, they go to class, they do the same projects from the same professors. And then they give me their portfolio and I’m looking at the same knife or rocket launcher 500 times. The co-op experience that you have here seems really really good as far as giving your students real-life experience. So I’m being completely honest when I say the calibre of women CS majors I’ve met here is definitely above average and I really think that speaks to you.

As far as the role that academia plays with CS and getting people into the gaming industry: You know as an employer I can teach a lot of things. We work with Mobile Unreal. There are very few people in the world who understand Unreal Engine 4 on iOs and Android. Like, that number is less than 50; people who really fundamentally understand it. So anyone I bring into my studio is going to have to understand that already, I assume they aren’t going to understand it so I’m going to have to train them. It’s other qualities that I look for. The role of an institution, academia in preparing men and women or any other genders in between is to teach the ability to learn. That’s really really important. I haven’t learned Swift yet, I’m definitely going to have to sit down and learn it some time just because Objective C is not relevant anyone. You need students who are prepared to learn things and have curiosity, that are willing to go out there and just throw themselves at a project and learn what they need to along the way. Every single time you start a new computer science project, by definition you are inventing something that’s never been done before. So you have to start over. So that ability to look at a problem and say, “I may know everything about it, but I’m going to jump in and get it done anyways”. So that is the biggest role of academia I feel.

FPS: It’s very much the case when we are thinking the interdisciplinary nature of a lot of programs these days. We in the English program teach the people in the STEM programs how to be able to communicate effectively through rhetoric, good writing. It’s kind of a two-pronged attack when it comes to how we train our students here. It’s one thing to have the skills and it’s another to communicate in a workplace environment.

BW: I think it’s difficult. I think one of the critiques I have about academia is that we are trained from such a young age to do what the teacher instructs us to do. You’re sitting in classrooms you follow the checklist, if you do the checklist right, you get an A. That definitely has it’s place. A great deal of of the stuff we are doing in my studio right now is built on the backs of academics that did research that is very complicated that I’m beyond unqualified to do. I think the critique of that is that it does tend to generate a large number of students that are looking for a system to follow to succeed. It’s really difficult and I see this a lot with women in tech particularity. I do believe they see stories like mine or other women in the field and they are horrified by it and they want to know what they can do to keep themselves safe from that. Well if I don’t voice an opinion on XYZ am I going to be okay? If I go into this subset of the industry am I going to be okay? If I don’t say this am I going to be okay? So I think that it’s just not a paradigm that’s suited for the real world.

FPS: You said that there is a bit of academic crisis that informs your work. Or do you tend to separate your work from what’s going on in the academy?

BW: I probably don’t have to tell you that women academics and their research is not taken seriously sometimes. In Boston we have MIT, Harvard, just amazing programs.  I’ll tell you about the research I’m doing now because it’s such an interesting story. On a whim, I decided to down to MIT for the day and spend the day that day in their library looking up research on a computer science problem that we are trying to solve. I didn’t know anything about it at that point. I started looking through the research that MIT had done and I was just like, “Holy Smokes! I can’t even believe how high quality this is, it’s like a roadmap to develop frameworks for the problem we wanted to solve”. So just to back up a bit, a lot of what high level computer science will do is if we are building frameworks or APIs is that we are going to down, we are making code that will solve functions and it will generate certain results. We are basically building a library for developers to come through and be able to solve problems. What we found is all this research just sitting in the barn just waiting to be used that had barely been looked at. From graduate students, from professors. From really high level people. It probably won’t shock you to hear that many of them are women. And maybe they don’t have those connections to take it to Silicon Valley to get startup funds. Very often when I talk to EA, Activision, Bioware when I talk to friends of mine in the industry. I’ll be sitting with Microsoft and they will be like, “Well, we just don’t know how to solve X Y or Z problem” and I’ll be like, “Well you know there are academics who have solved this for you, right?”. It’s a little academic but this research is out there. I would like to see private industry work more with Universities and take that to turn that research around.

FPS: And that’s something we’d also like to see happen. There’s so many of us here who wish we could get into the industry and share our knowledge. We are trying to train ourselves, especially through FPS and the writing we do there to be able to communicate our research in a way that doesn’t force people to have to sit in a library at MIT and wrap their head around it if it’s confusing or inaccessible. That’s the biggest challenge I think we have in games studies is people are like, “But how does this help make games or how does this inform game design?” And we are all, “We can do it, we can do it!” but it’s just one of those disconnects in the industry where we aren’t there, they’re not here. It’s bizarre when so much time and effort is being put into solving problems on both sides.

BW: Absolutely, I think it’s difficult. I mean, you probably didn’t go into academia because you wanted to start an IPL. I see myself having a unique place in the industry. Just to give you a little bit of my background: I’m as feminist as you can be but I grew up in Right-wing Mississippi to entrepreneur parents. I had my first quarter of a million startup at 19. So, I was kind of incocated into this world that is about patents, about budgets, it’s about startup funds it’s about this corporate initiative and then I’m an feminist on top of that.  So it’s kind of this unique bridge that I’m pulling between two worlds. If I were being honest, this is a critique I have about feminist academia overall. If we were sitting here and having a political discussion, we could talk about capitalism and the problems with it and how it’s a necessary exploitative thing and how it’s probably not a great paradigm for economic structure on the planet. Like, it’s killing the planet. We can have that conversation, but if you’re looking to get your ideas implemented, you kind of have to work with the reality you have rather than hoping for a different reality later. It’s kind of the benefit of incrementalism. So I think sometimes there is a bit of a disconnect between the assumptions and paradigms that people have and I think that’s something both sides could do better on. I think that academics could couch their ideas in terms of profitability, in terms of implementation. I think that our very libertarian investment culture could get it’s head out of it’s butt a little bit on that and realize this is stuff that has value.

FPS: You’re going to be here for the next two days, what do you think, especially for young female scholars, if they had to take away one thing [from your visit] what would it be?

BW: Well I’d want them to know it’s going to be okay. I went out to dinner with seven of your students last night, there was no faculty there and it was two hours of real talk about the industry. A lot of that was young women wanting to know it’s going to be okay for them. I’m not going to lie to anyone and tell them it’s going to be easy but it is getting better. I think it’s so notable that the conversation we are having today in 2016 we could not have had in 2011 and it is getting better. And I think feminists don’t get enough credit for that even a bit. We’ve created an environment where when Apple puts out their numbers on how many women made it into leadership positon, we hold their feet to the fire. We are creating an environment where just yesterday Razer put out an ad for their new computer basically talking a really crude metaphor for oral sex. This is not a minor company. I think they are a 6 million dollar company with 400 employees. We are creating a situation where those attitudes have consequences. So it does change it slowly. So I want to tell those women it’s going to be okay. I’m not going to tell you it’s going to be easy but we are winning and we are going to win.