Markus Russin is doing an interdisciplinary PhD at the University of British Columbia and has a passion for videogames. He also writes short fiction and poetry on the internet. 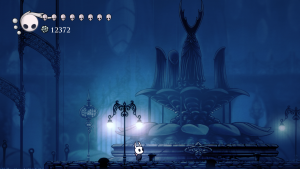 Figure 1: The tiny Vessel at the memorial to the Hollow Knight

At times it can seem as if the world of videogames, just like the raucous meatspace around us, is first and foremost designed with the loudest and fiercest of stories in mind. All too often, and with relative ease, they appear to drown out the quieter moments for which this unique art form can allow; and taken at face value, the somewhat elusive genre of Metroidvanias seems by definition to fit right into this very mold. After all, its guiding principle is growth—be it in the form of deeper understanding, improved skills, or (of course) greater power. It is an exploration-focused family of videogames in which a fictional world is rendered more and more accessible to the players as they grow stronger, better equipped, and increasingly knowledgeable. The experience can be built atop an epic foundation; and most likely, there will be a thrilling showdown at the end.

This basic premise undoubtedly also holds true for the 2017 indie treasure Hollow Knight. All of the familiar ingredients to the Metroidvania formula are present. And yet, everything is brought to a much smaller stage here. This miniaturization is quite literal, for the player-avatar takes the shape of a curious little creature between bug and ceramic. Although the kingdom of Hallownest in which the story unfolds feels vast and mysterious, to a human it would hardly cover more area than a few lazy steps. And while Hollow Knight might excel at making me as the player forget this simple truth as I discover more of its deadly, yet always beautifully whimsical world, at its very end I find myself learning a fittingly subdued and humble lesson—of compassion for the tragic hero whose long shadow lies heavily over my entire journey and the many nameless who were lost in its making.

In unmistakable Soulsborne fashion, Hollow Knight never intends to tell its story in a straightforward manner; and as such, the path toward its concluding message of compassion is winding, indirect, and carried by its magnificent blend of purposefully cryptic narrative, environmental storytelling, and a poignant soundtrack. In combination, these three elements make the first encounter with the titular knight a humbling one, but also one that is meant to establish a pronounced distance. At the heart of the fallen kingdom’s capital, the tiny player-avatar does not meet the Hollow Knight in person, but instead finds itself at the feet of its stern likeness, a dignified statue larger-than-life, aloof. A plaque below the monument reads:

In the Black Vault far above.

Through its sacrifice Hallownest lasts eternal.”

Unambiguously, this first contact tells me as the player that the Hollow Knight above and the little being under my control below have little, if anything, in common. Through the perpetual downpour and the fittingly melancholy music, the magnificence of the timeless sculpture is proof that the player-avatar is indeed beholding the hero of a lost people who have long succumbed to an ancient infection. The Hollow Knight is surrounded by three other statues, much smaller in size and facing up toward the one at their center, reverently. These are later revealed to be the Dreamers, important historical figures of Hallownest in their own right, and their presence not only betrays a close connection between the four. The composition also further exalts the splendid knight in the middle. To the player on the other side of the screen, the setting provides one of the first concrete hints at the events which led to this journey—a first glance at what appears to be a tale of noble greatness against the backdrop of a fading land. Soaring high above the inconsequential creature I have been maneuvering for several hours at this point, the revelation of the Hollow Knight, with its solemn countenance, is perfectly sublime.

Yet, once the first pangs of awe begin to dissipate, a sharp, contrasting feeling of uncertainty takes over: after everything my avatar has encountered thus far, it appears as if the knight’s sacrifice was ultimately in vain. Following the tranquility by the monument, there are already noticeable cracks showing on the heroic veneer, but too many questions remain unanswered to really comprehend what might have happened. As the journey continues, the answers to some of these questions are gradually revealed and the history of Hallownest with the role the Hollow Knight played in it—as well as how the tiny player-avatar fits into the bigger picture—become clearer. Most significantly, it is unveiled that this little creature of mine and the valiant knight are much less dissimilar than it originally appears. In fact, they share a common origin. Both are Vessels, mute and genderless containers (hence the use of the pronoun “it” throughout the narrative) assigned by the late king of Hallownest to swallow the enigmatic infection which befell the kingdom. The Hollow Knight was the one creation which succeeded in this task while the broken shells of the countless failed Vessels were discarded and thrown into the Abyss where their afterimages, portentously known as Siblings, still haunt an unending darkness. 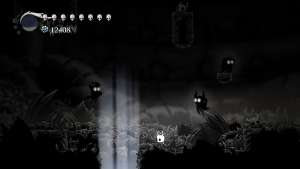 Figure 2: The tiny Vessel at the bottom of the Abyss

Its sacrifice complete, the Hollow Knight was then sealed away inside the Temple of the Black Egg; and the journey of the little Vessel in my hands begins at a time when this seal has begun to break. Between the lines it becomes evident that the different parts played by the various Vessels making their appearance throughout the story of Hollow Knight—the avatar, the sealed-away hero, the jettisoned failures—could have easily been shuffled around. Their fates seem interchangeable. And yet, it is eventually up to my unassuming avatar to make the most momentous decision to the entirety of what remains of Hallownest since the formation of the original seal: whether to replace the knight and thus continue to contain the infection or to make an audacious attempt at eradicating its very source, the radiant light within. In either case, the tiny Vessel must at last confront the Hollow Knight in a climax which paints the latter as the absolute antithesis of everything the earlier scene at the monument suggested. All that is left of this once proud warrior is a slouching husk, a hostile and mindless beast, overpowered by the illness which now rests inside. The roaring soundtrack mixed with the knight’s screeches and the seeping infection coloring the arena in a sickly orange, present the Hollow Knight as the player’s foil and ultimate antagonist. Regardless of the choice I will make, the unhinged Hollow Knight stands in the way as one final gatekeeper.

However, the battle which might at first simply feel like the necessary conclusion to my long journey soon takes an utterly unforeseen turn. The shock is not a sudden surge in my adversary’s might or an inexplicable last-ditch “final form” effort. It is a visceral violation of every boss fight expectation Metroidvanias have instilled in me. Once enough damage is inflicted, the Hollow Knight begins stabbing itself as the music changes from a tune of intimidation and urgency to a sorrowful whistle played with wistful strings. Within that exhausted shell, there still remains a flickering glint of awareness, a death wish to be freed from all-devouring corruption. Before me lies no longer a hero nor a monster, but merely an abject Vessel that became a plaything in the struggle between a desperate monarch and a crushing, primordial light. Now, the venerable Hollow Knight is pitiful, its demise relief. And through the empty pupils of my own Vessel I see clearly: this agony in front of me could have been my own and in fact will be if I decide to take the former hero’s place. As the final frenzied yet helpless swings of the knight’s weapon miss their goal, I also think back to the broken bodies of the many Vessels below which could have been here at the tragic end in our stead. After the many hours during which I braved the innumerable dangers across the various crumbling regions of Hallownest, it is not triumph I feel, but grief—and for the fallen hero and those many others who were forgotten: compassion. 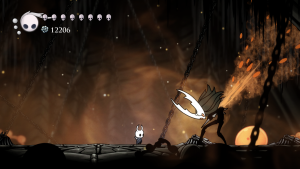 Figure 3: The Hollow Knight stabbing itself

When I decide to absorb the infection after the fighting is done and the fallen knight defeated on its knees, I am ejected from my position as player in a flash of white across the entire screen, left to watch the tiny Vessel I have controlled for so long become one with the sickness. Next, the color changes to black and I sit in silence as a haunting melody begins to play and the credits roll by. At the end of this adventure everything turns quiet—no room reserved for grandiose victory, only wearied sympathy. And the unspoken pain of all those tortured Vessels of Hallownest, the forlorn Hollow Knight’s wish for it all to stop, they will leave a mark even as their echoes begin to fade away.