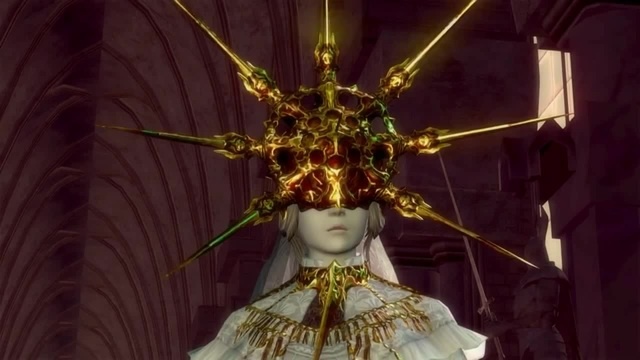 Robin is an educator, poet and freelancer who is desperately trying to find new ways to write about all the things she loves at the same damn time.

For me, being trans is a lifelong experience. My childhood and adolescent memories are coated in a thick layer of sadness. Something that was invisible and omnipresent. Because I didn’t have the language to understand myself, and that language was the subject of high scrutiny. Constantly marked with the label of “impolite conversation,” keeping it, seemingly, forever out of reach for a kid like myself. I had to learn to cope with dysphoria without knowing what it was. It was a lot like being trapped in the dark. I can tell when I’ve tripped, hurt myself on a cave wall or stray rock. But I can’t ever see the things that cause that pain. I had to feel around with my hands and breath, guess their shape and size and hopefully find a way to never be hurt by them again. I did this for so many years before I knew the words woman and lesbian could describe a body like mine. Those ideas were like a flashlight, and suddenly by looking at my surroundings through them, I could see my pain. I could finally understand it. File it away, and maybe move on. A million tiny things pushed me towards this realization. But one person in particular really helped me connect the dots, and that was Dark Souls’ Gwyndolin.

Dark Moon Gwyndolin is the guardian deity of Anor Londo, and arguably the most important character in the first Souls game. It’s she who guides players to the Kiln of The First Flame, where her father and a new age of fire await. When I first saw Gwyndolin I was in a trance. There was something about her. Something unnamable and familiar. I focused in on her, started writing and dreaming about her. I devised ways to get to Anor Londo as quickly as possible, so I could speak to her. I saw myself in Gwyndolin, but I didn’t realize it yet. In an attempt to understand my own fascination, I did the only thing I’m good at, I studied her.

Specifically, I studied how the game gendered her. The constant blaring of he leapt out to me like red ink in a bank statement. To me, Gwyndolin is a woman in every way. I couldn’t wrap my head around the game positioning her as anything else. I couldn’t understand it all. Or, maybe, I didn’t want to. I’ve come to realize that I couldn’t reconcile Gwyndolin and he, because admitting that the force that drove the developers to make that decision was transmisogyny, meant opening myself up to transmisogyny. If I could reconcile Gwyndolin and he in some way that didn’t implicate bigotry, I could, somehow, free myself from the constraints of a larger transmisogynistic system. Because I, like Gwyndolin, am a woman who is relentlessly he’d. Despite the obvious, despite being a woman in my every bone, this world refuses to recognize me.

Finding a way to understand Gwyndolin’s misgendering as something other than bigotry meant that my constant, my two decades of being dead named and misgendered, could be rationalized away. I know, this sounds so naive. It’s almost cute how foolish I was. But my alternative was coming to terms with the fact that the entire life I had built and knew was predicated on a trauma that I couldn’t live with anymore. It meant destroying the things I had made and the systems I devised in the dark to protect myself. It meant doing something totally new, unlearning what I thought was my personhood and replacing it with a body and a life that I know, that I knew even as a child, was subject to violence, degradation, and harassment. I know why I was naive. And even now, sometimes, I’m still hopeful something magic will happen and make the pain melt off my new body. And— can you blame me?

I don’t know the perfect way to describe my life before I came out. It’s tempting to think of myself as have been being dead, and that my transition gave me life. But to me, it’s a kind of closeness to death. A tangent line on the circle of not-existing. Before I came to know that I’m a woman, I couldn’t imagine myself living past college. I didn’t know how I would die. I didn’t think I would, neither did I make plans to kill myself on some arbitrary day. It was just impossible to imagine a future that included me. And that is what I mean by a closeness to death. A kind of stillness. An eager patience for something bigger and greater to swallow me up, body and scars and all. Which made Gwyndolin speak all that much louder to me, as she lives in a mausoleum. Guarding her abusive father’s tomb. His coffin a monument to her potential.

Gwyndolin’s presence in the game world is faint. Despite being the guardian deity of Anor Londo, not a single example of her image can be found anywhere within the city’s walls. Statues of Gwyn and Gwynevere can be found in the cathedrals, and there is even a place for Gwyn’s first born, a nameless warrior who was erased from the annals of history for treason. Despite his image being removed, the space for his statues remains. By comparison Gwyndolin, alive and loyal, is not even offered the space to exist. Cramped inside of her oppressor’s tomb, hidden in the lowest point in Anor Londo, she controls the major events of Dark Souls in almost total secrecy.

Like Gwyndolin, I worked hard to keep myself hidden. When I was little, I never sought out girly or effeminate toys or hobbies for the sake of their girliness. The stuff I liked was just the stuff I liked. I didn’t know that entertainment could be codified into the gender binary yet. But others taught me through a ritual of teasing. Informing me this or that interest or quality about myself was not for boys. I figured out that if I could shrink myself, or become invisible, I could avoid their torment. So, I learned to look carefully at the shape of this hole the world had told me was a boy. And I meticulously folded and cut off pieces of myself to fit into it. Hoping the walls of the ground and my body would fit into each other evenly that and no would notice the seam. That no one would notice me.

There is nothing for us here. The hole only asks me to give. It only wants me to change. It does not make space for me, maybe it does not even want me. And Gwyndolin too, has nothing waiting for her in Anor Londo. Despite our monumental efforts to please the people and the structures around us, all they do is take. So why did we stay here? Me for 23 years and her for god knows how long. What do owe to these constraints and the people who put them on us? Or how did we convince ourselves that such a debt was real in the first place?

The first time someone called me by my real name, it was an accident. A mentor teacher introduced me to her class as Robin. At the time, it was probably the happiest I had ever been. It made me feel seen. It made me feel as if someone saw the seam on the ground cut through the decades of my subterfuge, placing a hand on the body that I convinced myself had never existed. I realized then, that at the heart of my very being there was a woman, all along. And that filled me with a deep and old terror. I had been seen. I had been known. And for so long, I survived solely on my ability to be invisible. It was a warning shot, that reminded me that the systems and techniques I had devised in my youth were flimsy. That the story I had sold myself, the debt I had convinced myself was real, was simple fantasy.

I stayed in that hole for months after learning my real name. I refused to speak it out loud. I refused to tell anyone what had happened to me or what I was feeling. Robin was a spell, that when uttered, could shine a light inside of me and expose a body I had draped in darkness. Robin acknowledged me, it made me real and offered me space. But this came at the cost of the ill-constructed safety I had come to rely on in hiding myself. When you’re used to darkness, when you’re used to pain, you learn how to manage. You find ways to stay alive. Ways to divert the toxic energies of the world that try so hard to kill us. This rhythm becomes life. Routine. Comfort. Very simply, I knew how to be miserable— I had no idea how to be happy. Leaving meant having to learn all over again while simultaneously exposing myself to the laundry list of abuses this world seems to effortlessly pile on top of trans bodies.

Gwyndolin helped me leave. Through her, I could imagine myself, as her, slipping through the portal to The Painted World of Ariamis. Stumbling upon the snowy cobble and making my way to Priscilla. There, she would hold me, beg me to stay. I began to imagine myself in a world that made space for me. I began to think about the people who did, and who could love me for the body I have, and not despite it.

I’m out now. I live every day of my life as my true self. And some days I’m so raw from this world I can do very little. But I’m learning to be happy. For the first time in my life I can imagine a future with enough space for me in it. I’m doing this for myself. But I’m also doing it for her. For everyone who feels trapped in their oppressor’s mausoleum. Look at me. You can do this. We are so much more than our pain.