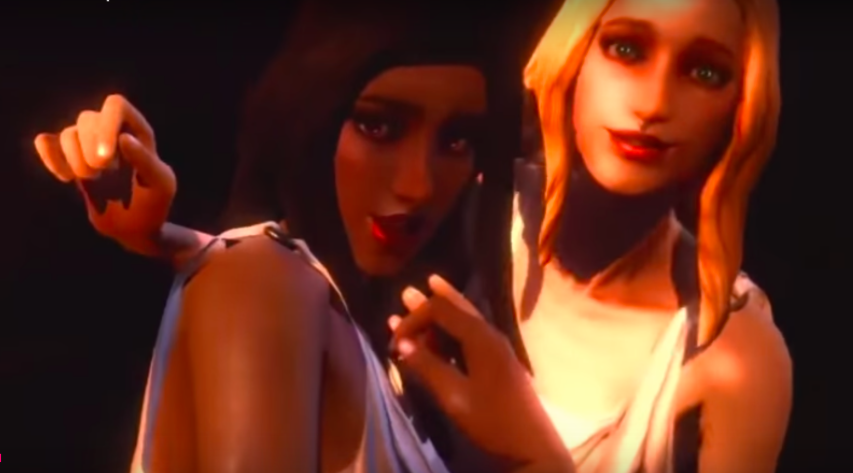 In this Podcast (which is Elise and Emma’s last podcast!) we have a conversation about sex and sexuality in gaming that discusses a lot of topics that don’t really get covered in game studies very often! These topics Include: the difference between in game sexuality and sexualizing characters, the differences between depictions of sexuality in video games and depictions of sexuality in film, sexual awakenings via video games, our first video game crushes, Bioware games, queer representation, and “the gay button”. Furthermore, we wonder if women attracted to women can appropriate or inhabit the male gaze that is so prominent in games and we ask a lot of questions including: why does it feel like there are there so many queer women in game studies? When is sex in videogames sexy? When is it horribly unsexy? Will better graphics make a difference? And, ironically, did videogames make me gay?

Corrections: When we said Horizons 2 we actually were referring to Robert Yang’s Radiator 2 sorry for any confusion this caused.

Jess Aldred – on Immersion and transmedia